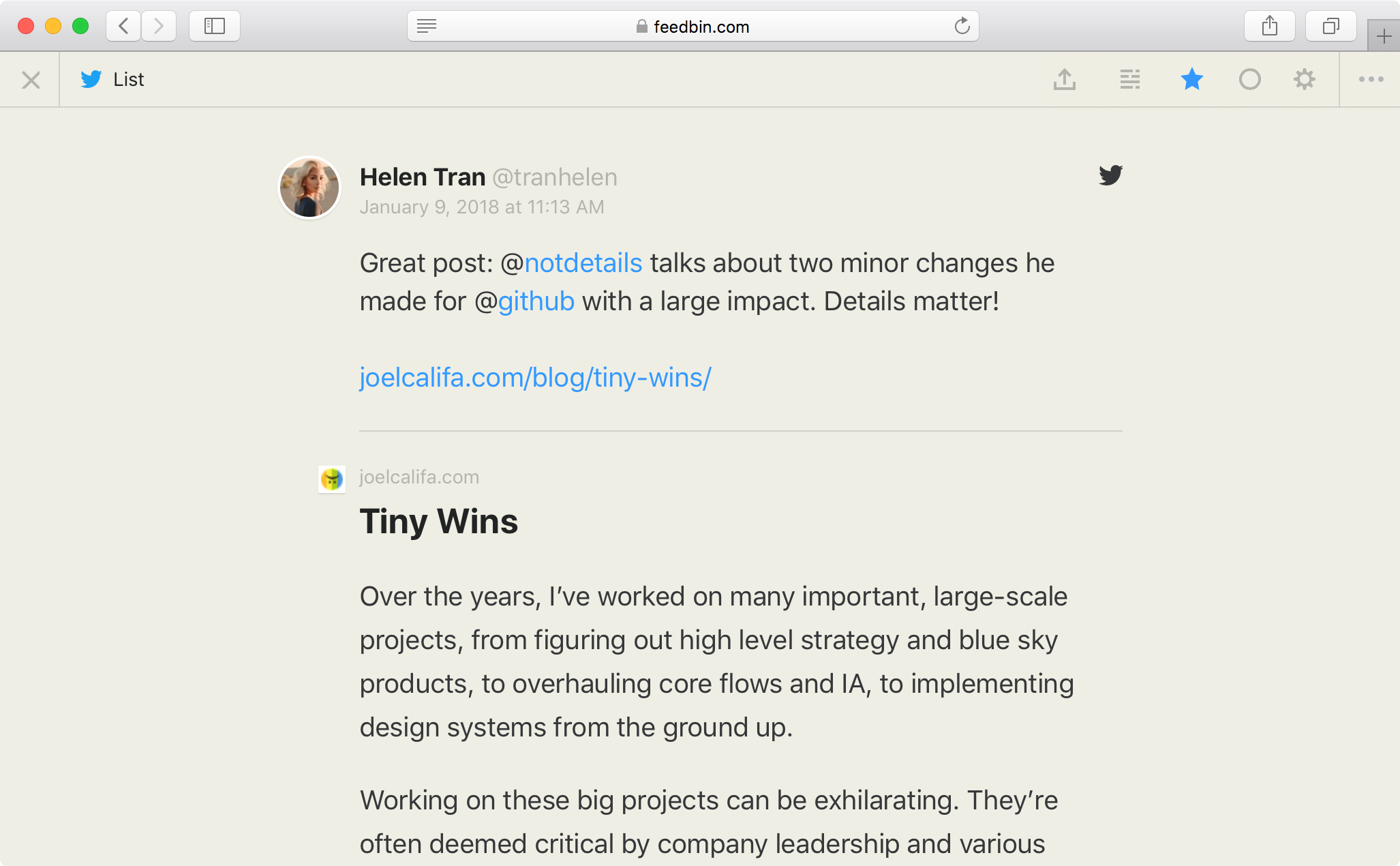 Tweets have become media rich, with support for multiple photos, videos and links. However, traditional Twitter clients are limited to showing tiny thumbnails and plain links. They make it too easy to mindlessly scroll through endless inane thoughts.

Feedbin treats tweets differently. The idea of the feature is to fully unpack the tweet. If a tweet links to an article, Feedbin will attempt to load the full article and display it alongside the tweet. Feedbin will also include full-size images, videos and gifs with native YouTube, Vimeo and Instagram embeds.

You can start adding Twitter content to Feedbin the same way you would subscribe to a feed. Feedbin will recognize any Twitter URL that contains tweets. It also supports shortcuts for subscribing directly to twitter @usernames as well as #hashtags. For example:

To achieve the best possible experience, I have a few recommendations:

Twitter is deeply integrated with Feedbin and tweets include a number of new searchable fields. Using these fields you can easily find and filter tweets:

I’d be interested to hear your feedback on this feature. Get in touch!