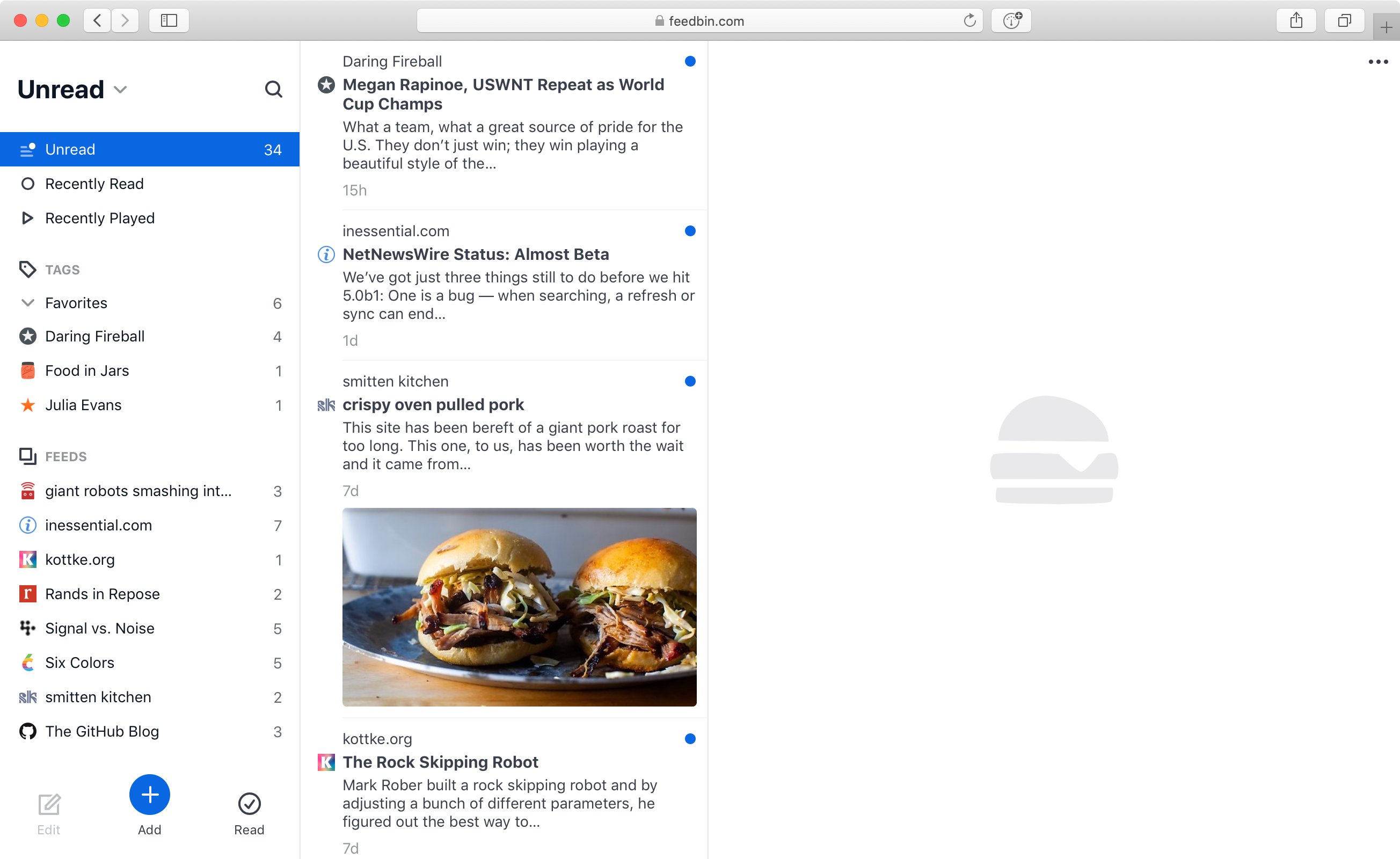 There’s an update out today that changes and improves a few things about how Feedbin works. There’s a visual refresh as well. The idea is three unbounded columns that appear to scroll indefinitely.