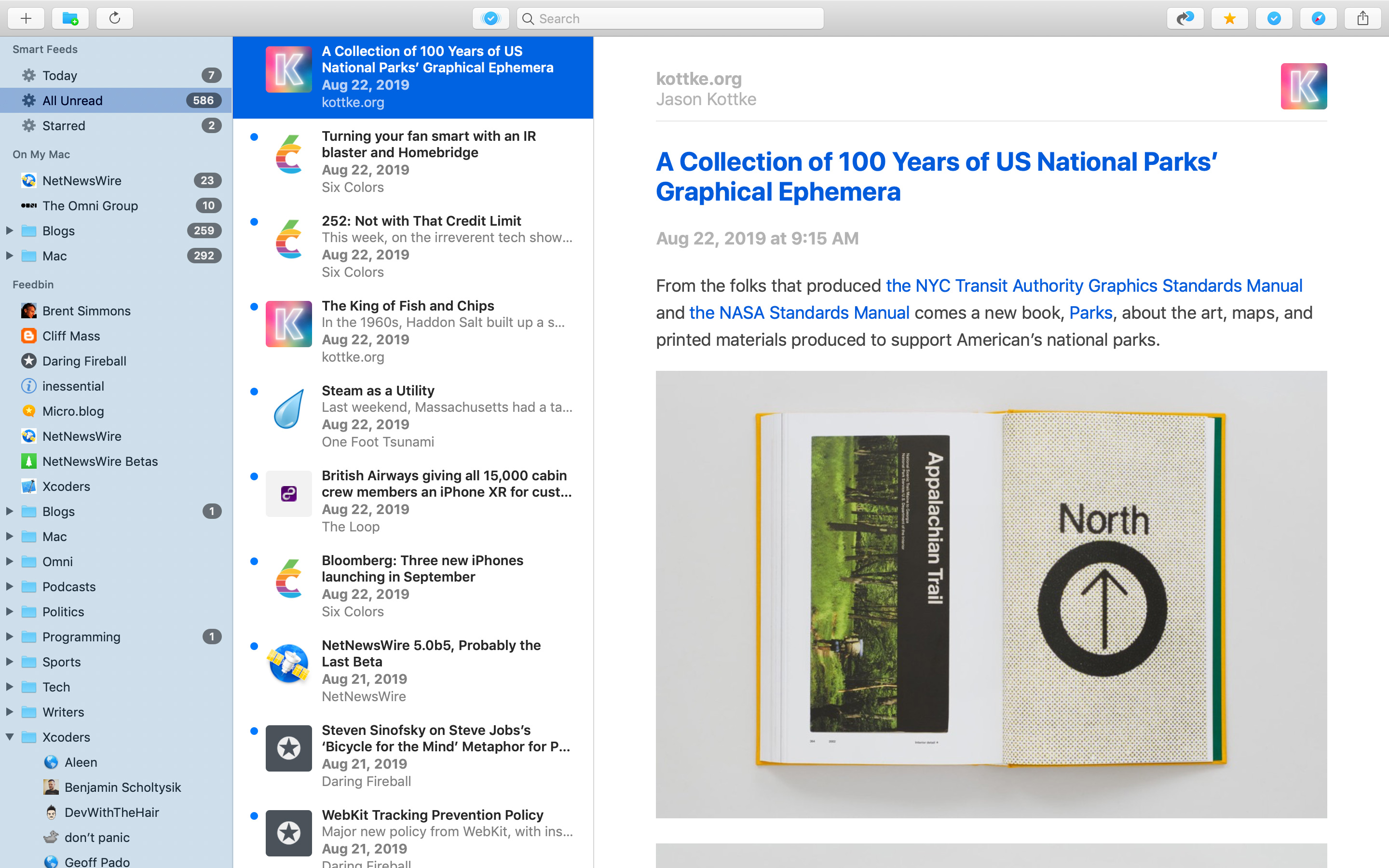 NetNewsWire 5 has been released. I’m thrilled that it:

NetNewsWire was my first introduction to RSS. I’d seen links to RSS feeds around on various blogs, but it took NetNewsWire to put a great interface on the technology and unlock its power. Without NetNewsWire, there would be no Feedbin. It’s a dream come true to be a part of it.

Congratulations and thanks to Brent Simmons, Maurice Parker (who implemented Feedbin sync), and the rest of the NetNewsWire team.